Into the Ice Chapel 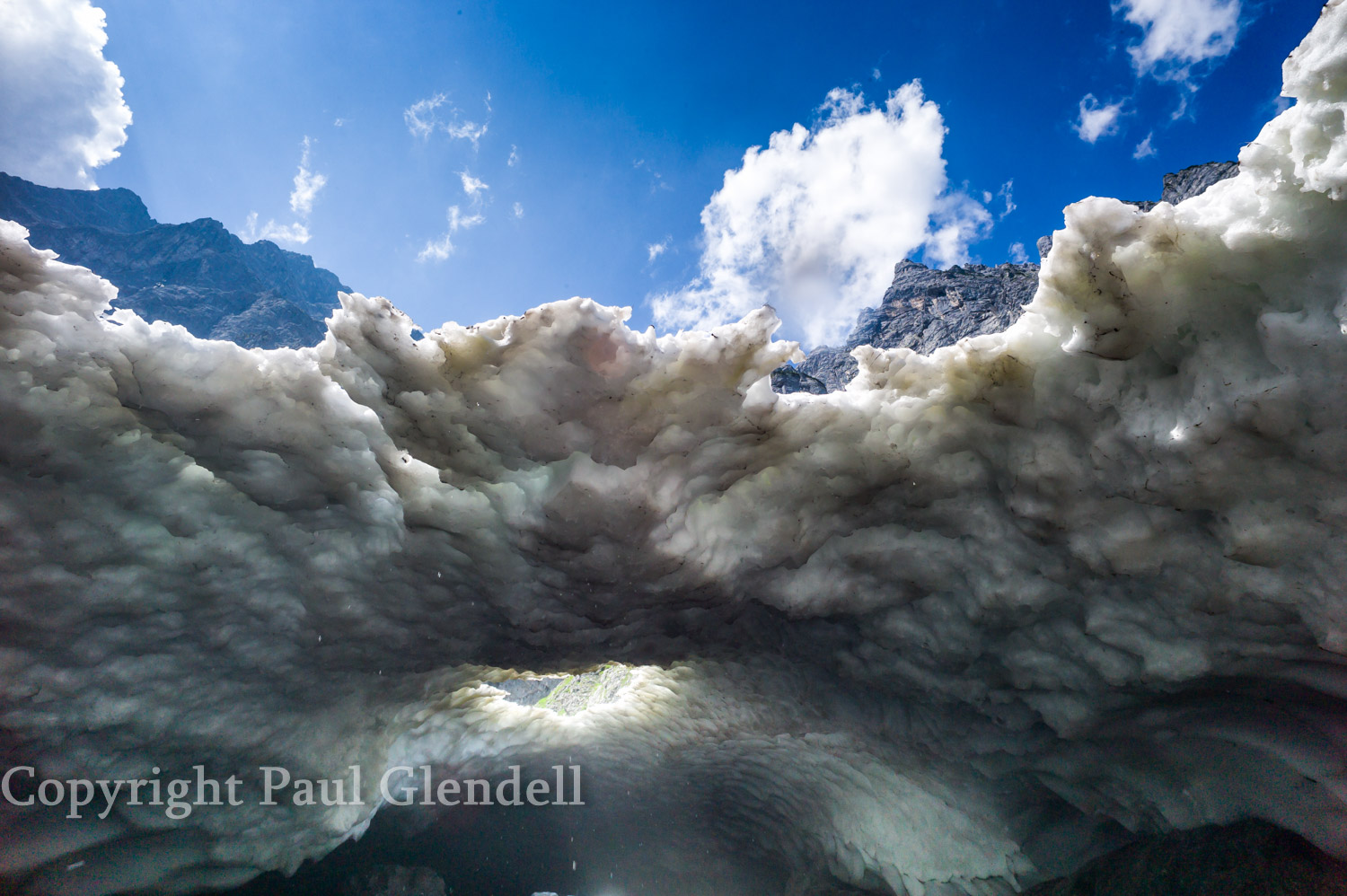 The Eiskapelle ice sheet in southern Germany is probably one of the most accessible areas of permanent ice in Europe. It can be found in the Berchtesgaden National Park, not far from Salzburg, on the border between Germany and Austria. After an enchanting tourist boat ride along the Königssee, the “ice chapel” lies at the end of a three-mile walk through picturesque woodlands.

A steady stream of water flowed from beneath the ice sheet. I had already passed the ‘go no further’ sign, but the path still showed signs of heavy use. There was what appeared to be a cave at the base, the closer I got the more prominent it became, revealing the real scale of what lay before me. The ice was anything but the rock-hard structure I remembered from my visit to a glacier in Norway many years ago. It was very soft and melting, chunks fell off in my hand.

The cave beckoned and, with a 21mm lens on a full frame camera, I knew that it offered the opportunity for some exciting photos. Capturing the flowing river, the cave entrance and mountains behind was possible but only if I could get to the right spot, which of course was in the middle of the stream at the cave entrance. The cave enticed, with the prospect of ever-more exciting photos drawing me in. I stopped. It was July with a temperature of 30 degrees centigrade and virtually clear blue skies, the ice was melting with water dripping everywhere from the ceiling in front of me, but the possibility of good pictures was only a matter of a few footsteps further in. 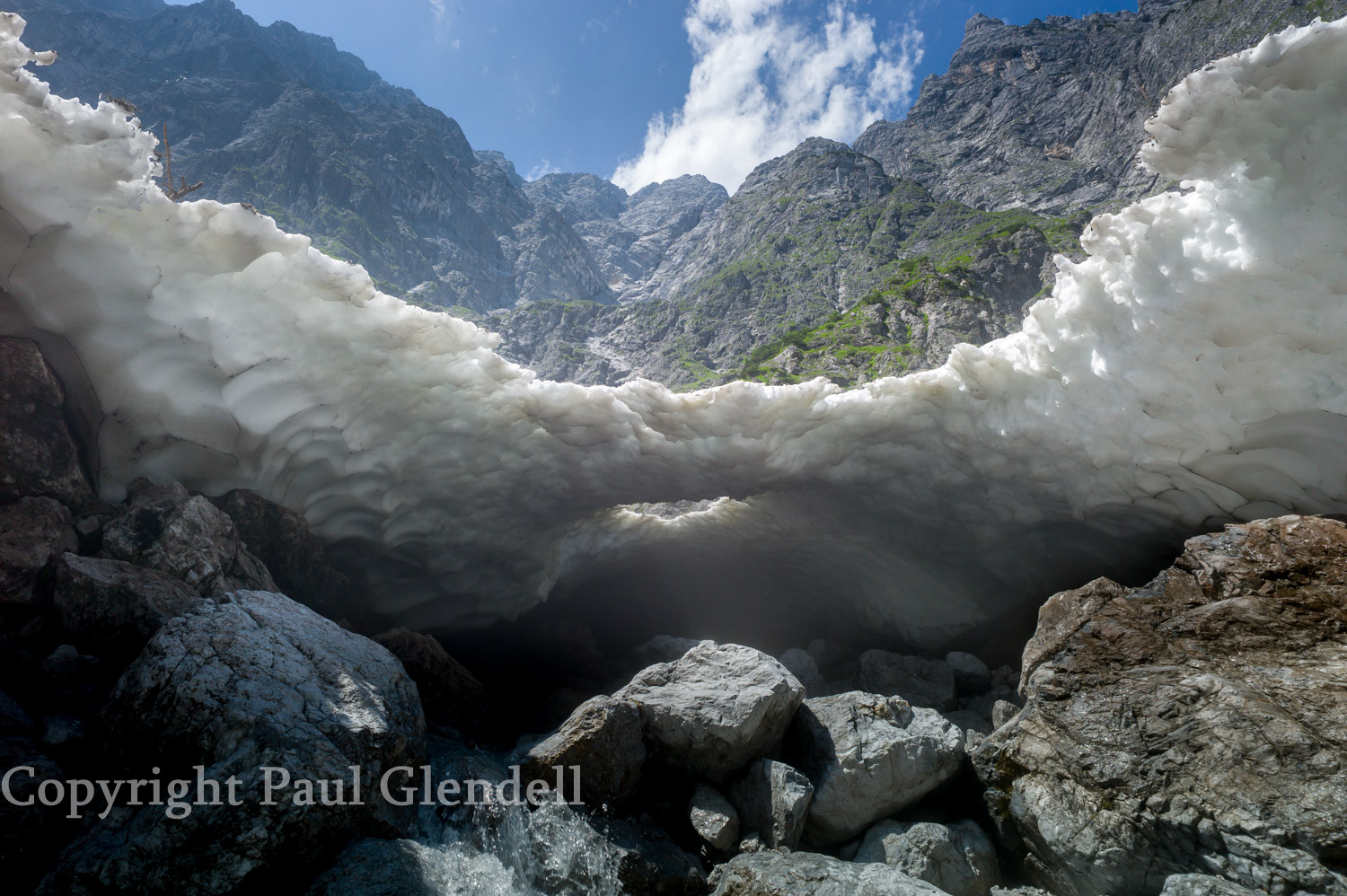 Then I noticed the hole in the cave roof about ten meters inside through which I could see the mountain behind. There were no lumps of recently fallen ice, and I decided it really was worth the small risk. I decided to give myself just five minutes and then get out. I worked as quickly as possible — frame the shot, check shutter speed, aperture, focus ‘click’ do it again on a different exposure. No chimping, it takes up too much time, move a little, re-compose and do it all again; total concentration on nothing but getting images. I loved it. 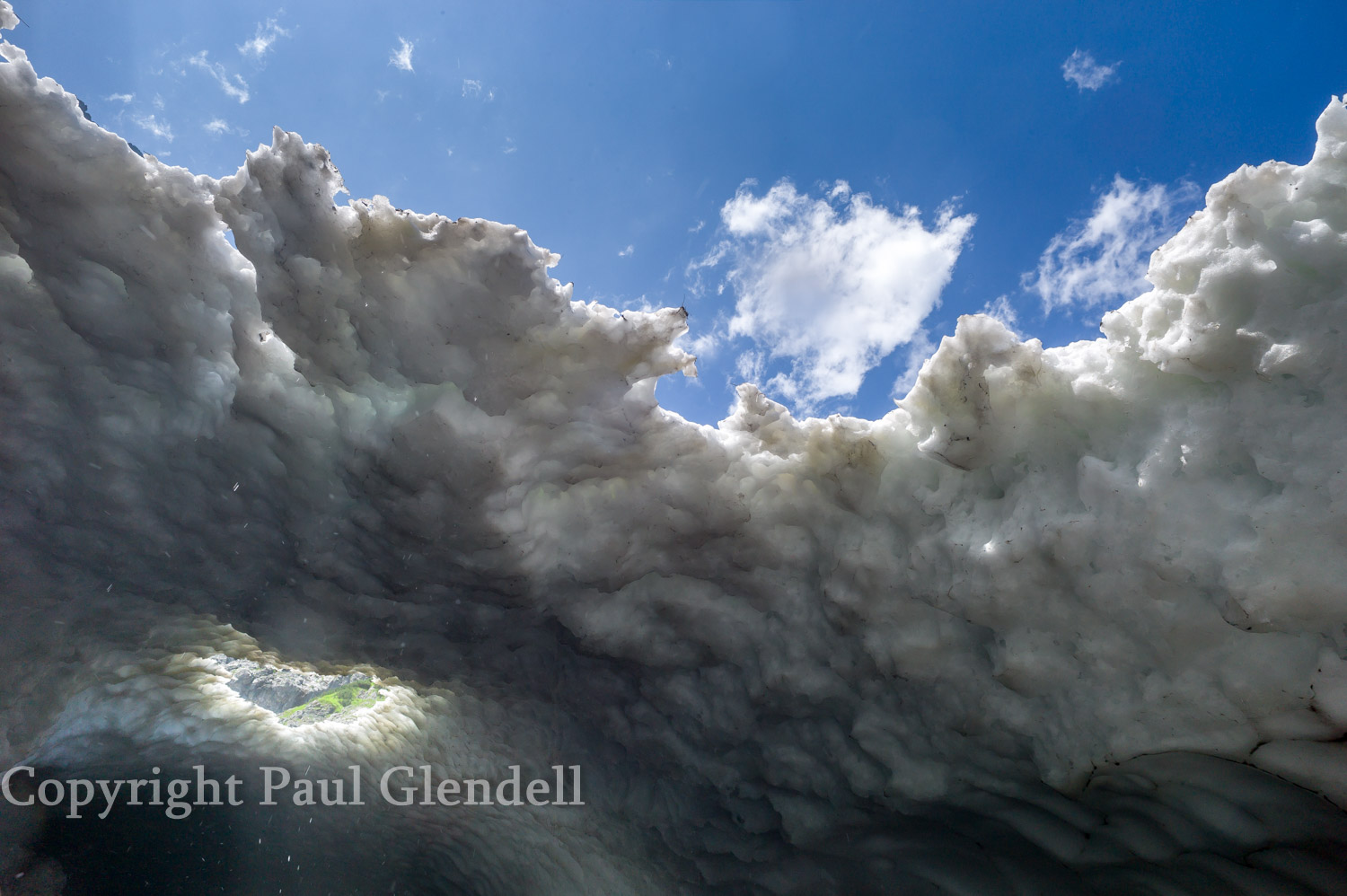 Suddenly I felt a mighty change in pressure in my ears, much more than you get in an aeroplane, more like when scuba diving. With no idea if this was a signal for something dramatic about to happen, my thoughts turned to the possibilities: A lump of ice had fallen further inside the cave, or maybe one was about to fall much closer to home. Whatever, it was definitely time to run for the exit. Scrambling through the rocky stream, a wall of heat hit me as I emerged into the glare of the midday sun. A quick climb up the rocky side of the gully soon brought me above the ice. 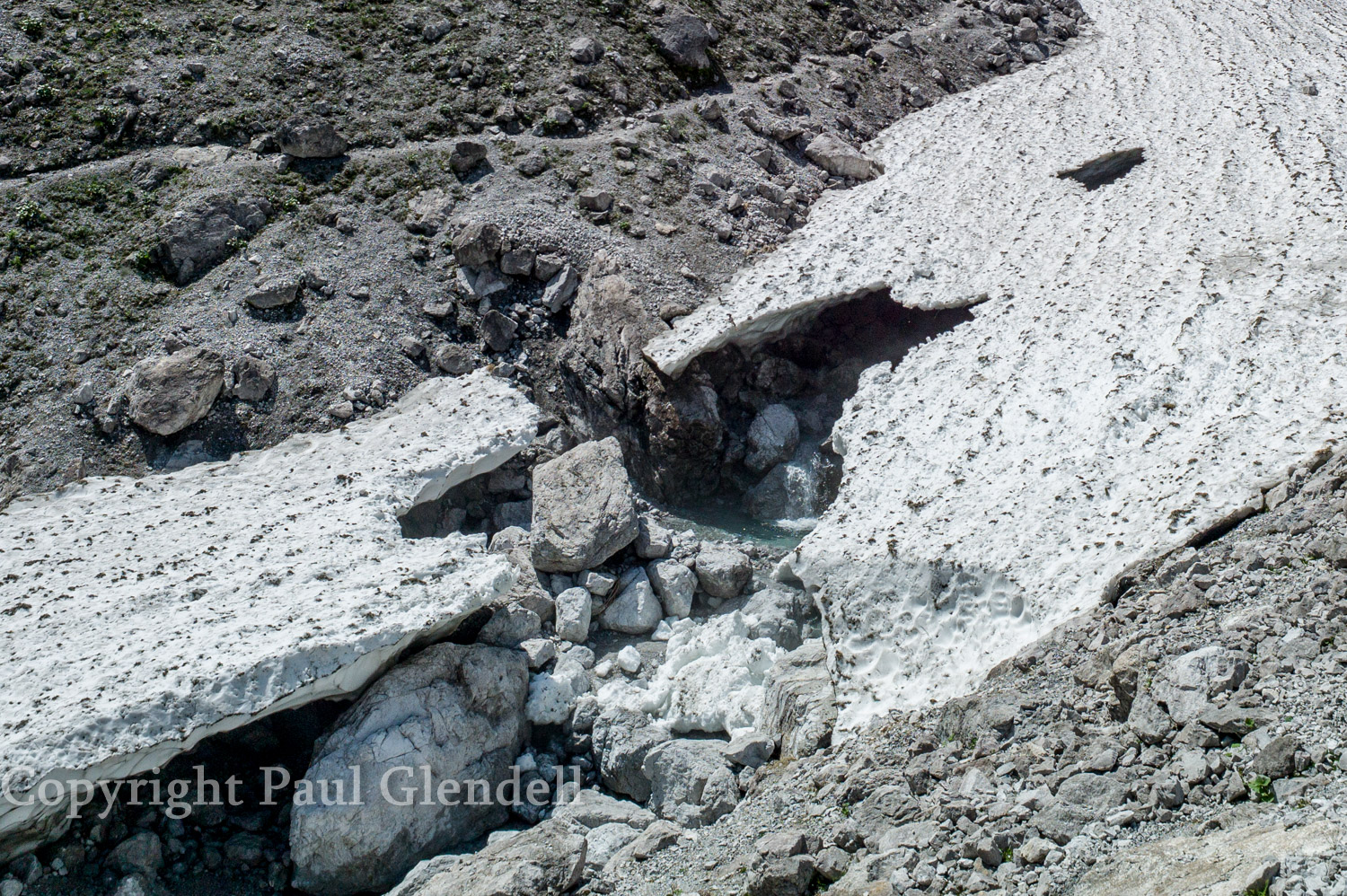 This was a safe place to regain my thoughts. I sat on a rock and looked down onto the hole through which I had seen the mountain a few moments ago. Nothing had happened, of course, no dramatic collapse. The stream flowed on, the ice stood firm. Now was the time to chimp, I sat checking the images on the screen of the Leica M9, and they were as good as I thought they would be. I just needed some outside photos to locate the cave and show the scale of the ice field.

The sheer exhilaration of working like this is hard to explain. It doesn’t happen often but knowing that you have some great pictures is the whole point of being a photographer.